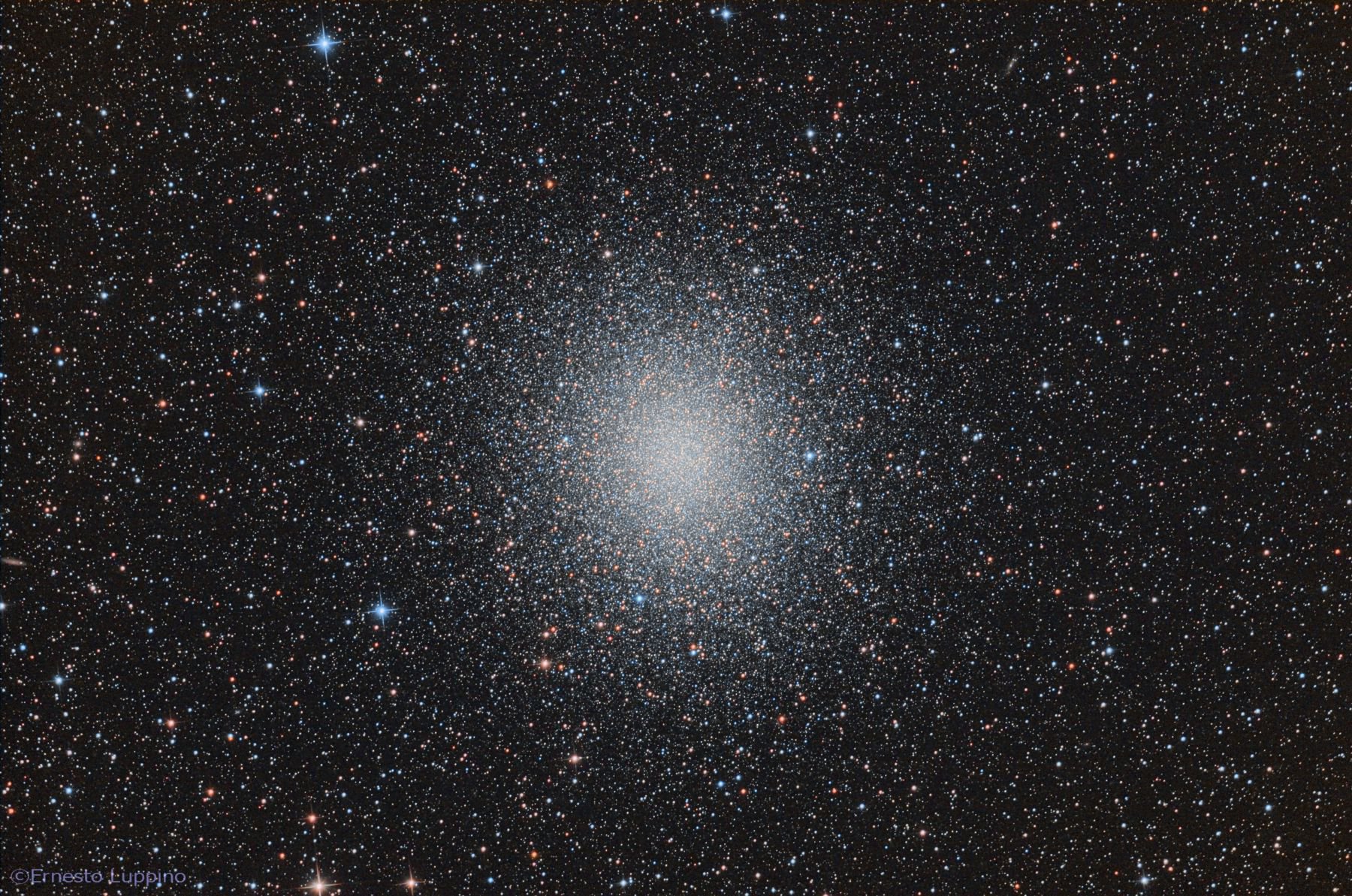 Omega Centauri (NGC 5139) is the most brilliant globular cluster in the sky. With an apparent size of 36 arc-min, it can be seen in the austral constellation Centauri with naked eyes, at dark skies.

At a distance of 16000 ly, it is formed by about 10 million stars being one of the most massive among the approximately 200 globular cluster orbiting our galaxy.
The average distance among the stars siting at the cluster nucleus is about 0.3 ly, so the sky in such zone of our galaxy should be 100 times brighter than ours.

This cluster is very ancient object. Although its stars are divided in different populations, some of them have an age of 10000 / 12000 million years, almost as old as our galaxy.

In the following annotated image appear a handful of distant galaxies in the background sky. 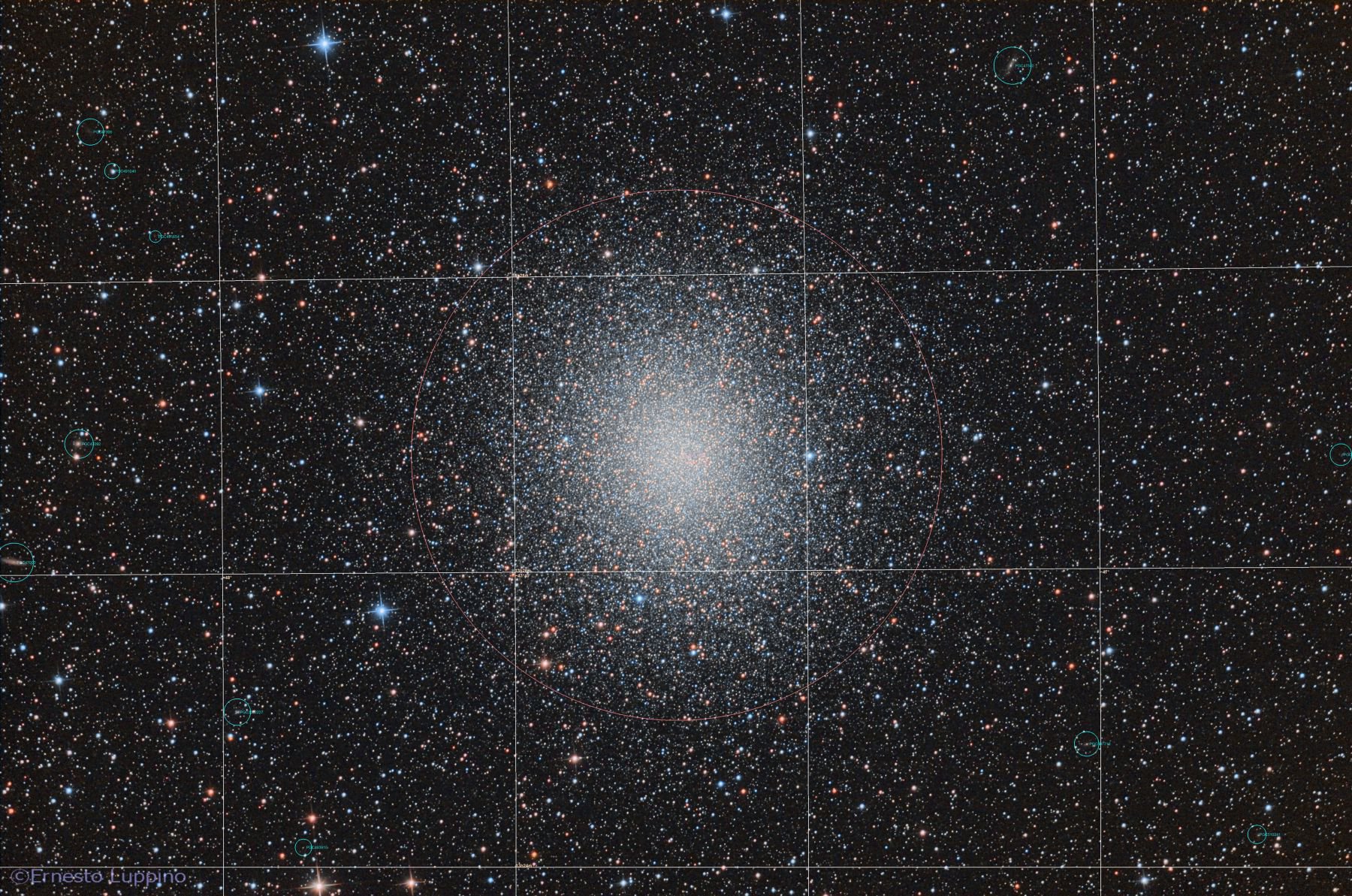