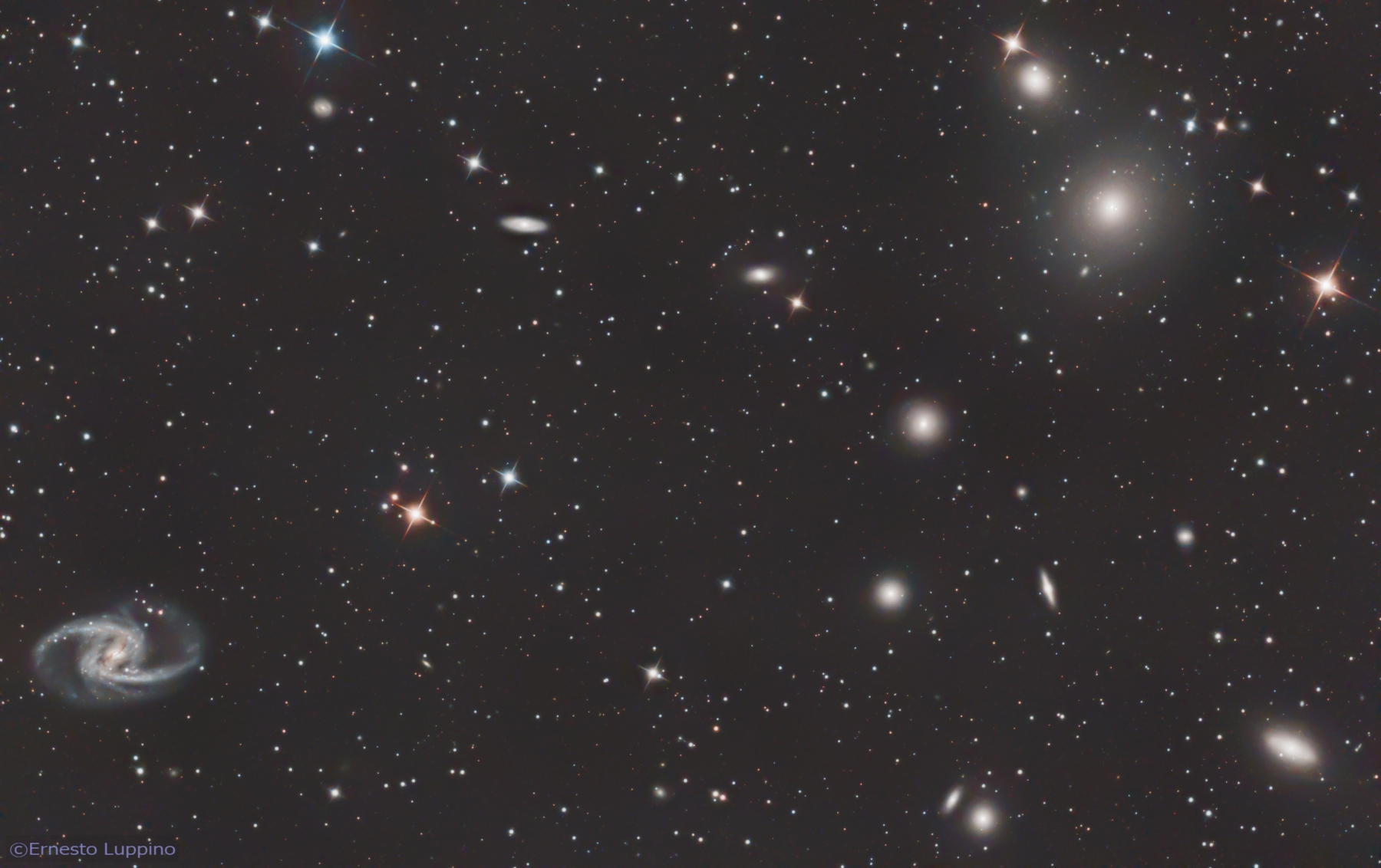 This photography was taken during 3 sessions using a Canon 600D modified camera and a 200mm F4 reflector telescope from San Antonio de Areco (2016/2017) and Pueblo Doyle (2017), both sites in Buenos Aires, Argentina.
It is composed by 53 individual frames, with a total integration time of 4 hours 25 minutes.

This galaxy cluster is in the austral constellation Fornax (the furnace), with an average distance of 62 million light-years from Earth.
The Fornax cluster is composed by approximately 60 galaxies, separated in two main groups. In this image appears part of the subgroup centered around NGC1399, while the other (centered in the brighter member of the cluster, NGC1316) lays out of the field of view.

In the following annotated image, it is possible to see around 230 distant galaxies on the background sky, in addition to the dozen of most prominent objects. 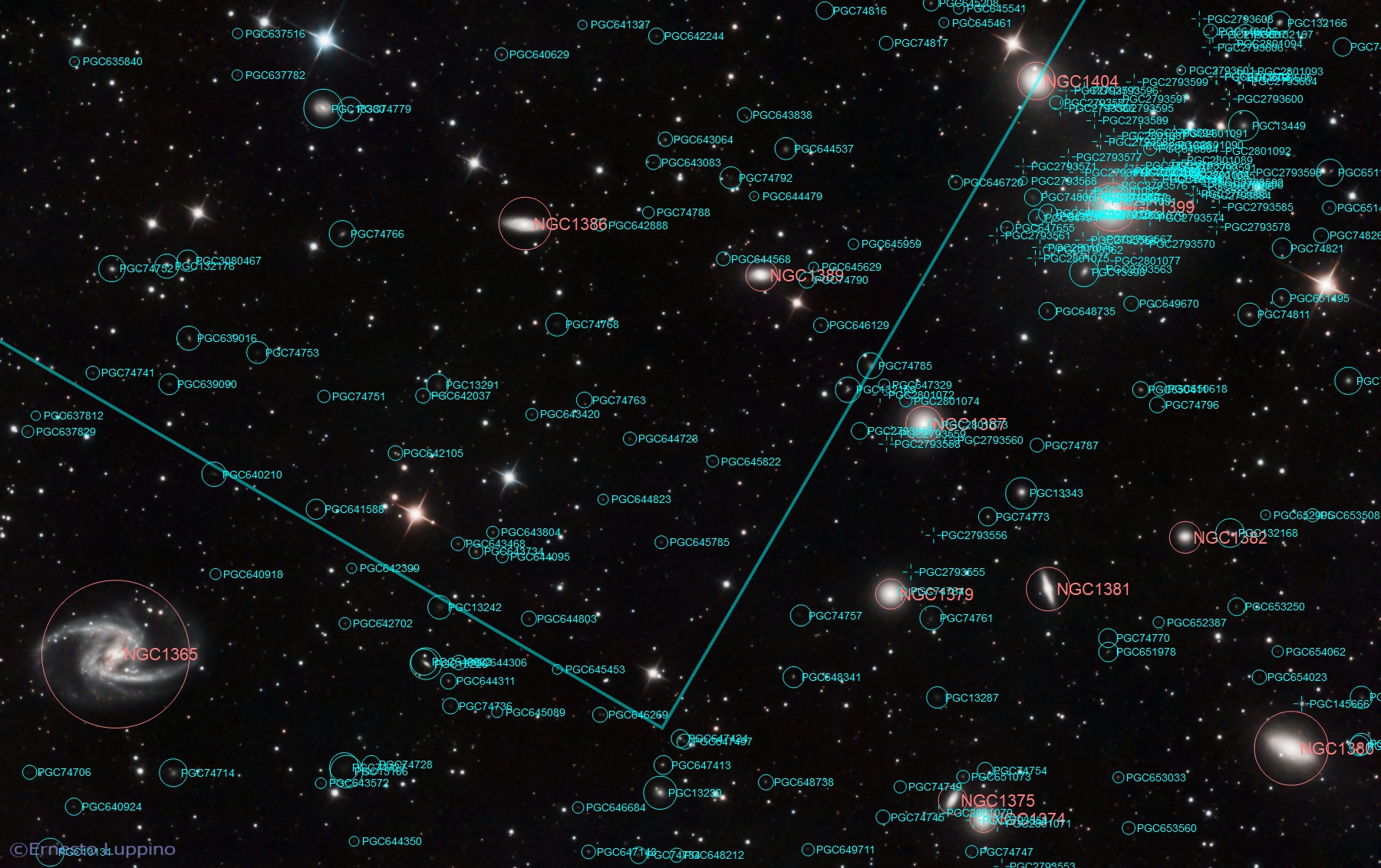