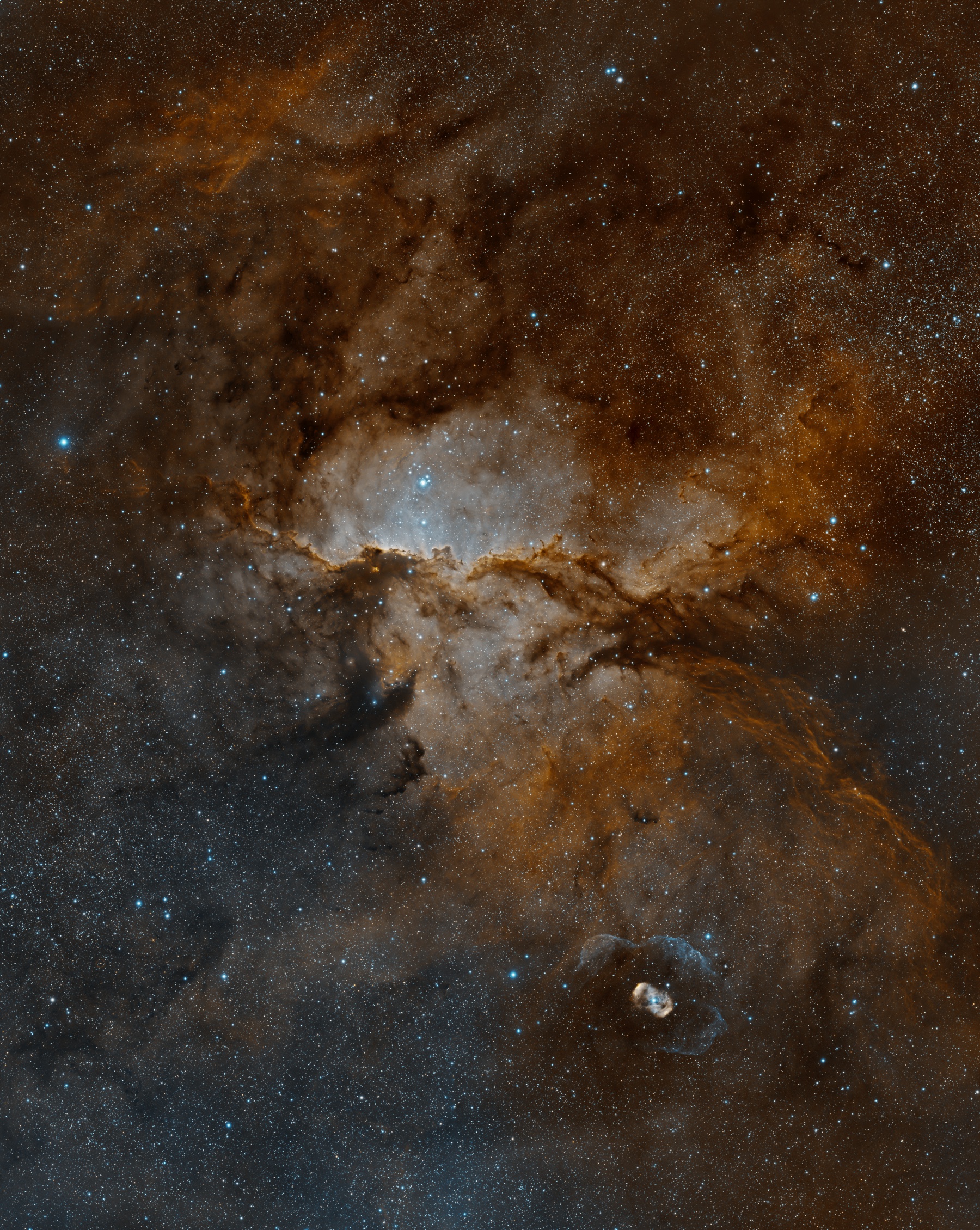 At approximately 4000 light-years, in the southern constellation Ara (Latin: "The Altar") and near the boundary with the constellation Norma ("right angle rule"), lies this giant molecular cloud, a zone of formation of new stars. At the center of the image appears the emission nebula NGC6188, in an area that is also illuminated by the light of the open cluster NGC6193. This cluster, made up of about 27 stars, is dominated by 2 stars of the "O" type, that being visually separated by 10" arc and being relatively bright, in the image are confused into a single "deformed" star in the center of the grouping The forms of the nebula are sculpted by the "winds" generated by the very massive and energetic young stars, which a few million years ago were born from the cloud material. It is likely that these stars have been formed by the compression of the elements of the molecular cloud, produced by the explosion of some older supernova. Below and to the right is the nebula NGC6164 / NGC6165, which surrounds a very energetic and massive "O" type star (about 40 times the mass of the Sun). At about 4 million years old, it is likely that very soon (in about 4 million years) it will become a Supernova, starting another cycle of stellar formation. With two symmetrical lobes, this nebula resembles planetary nebulae that occur in the final stages of a star, but in this case it is likely the product of gases expelled from the star in earlier stages of its formation. Surrounding the star, a symmetrical and rather dim outer halo can also be observed, but visible in the image. This photography is a mosaic composed of four tiles and was made in the city of Buenos Aires, Argentina, in different sessions during several nights of April 2020, totalizing 80 hours of exposition time. Equipment used: Sky Watcher Esprit 100 ED APO, ZWO ASI 1600 (temperature -20°C), Baader Hα 3.5 nm filter, Astronomik OIII 6 nm filter, NEQ6 mount. Homemade electronic focuser and anti-dew devices. Here, there is rendition of this image using the "Hubble Palette" in SHO, with a total exposure time of 120 hours.
Here, there is rendition of this image using the Hα data only.
Here, there is a RGB color photography of this nebula, taken from "almost-rural" skies in San Antonio de Areco, Buenos Aires province.
Some interesting "zoomed in" zones: 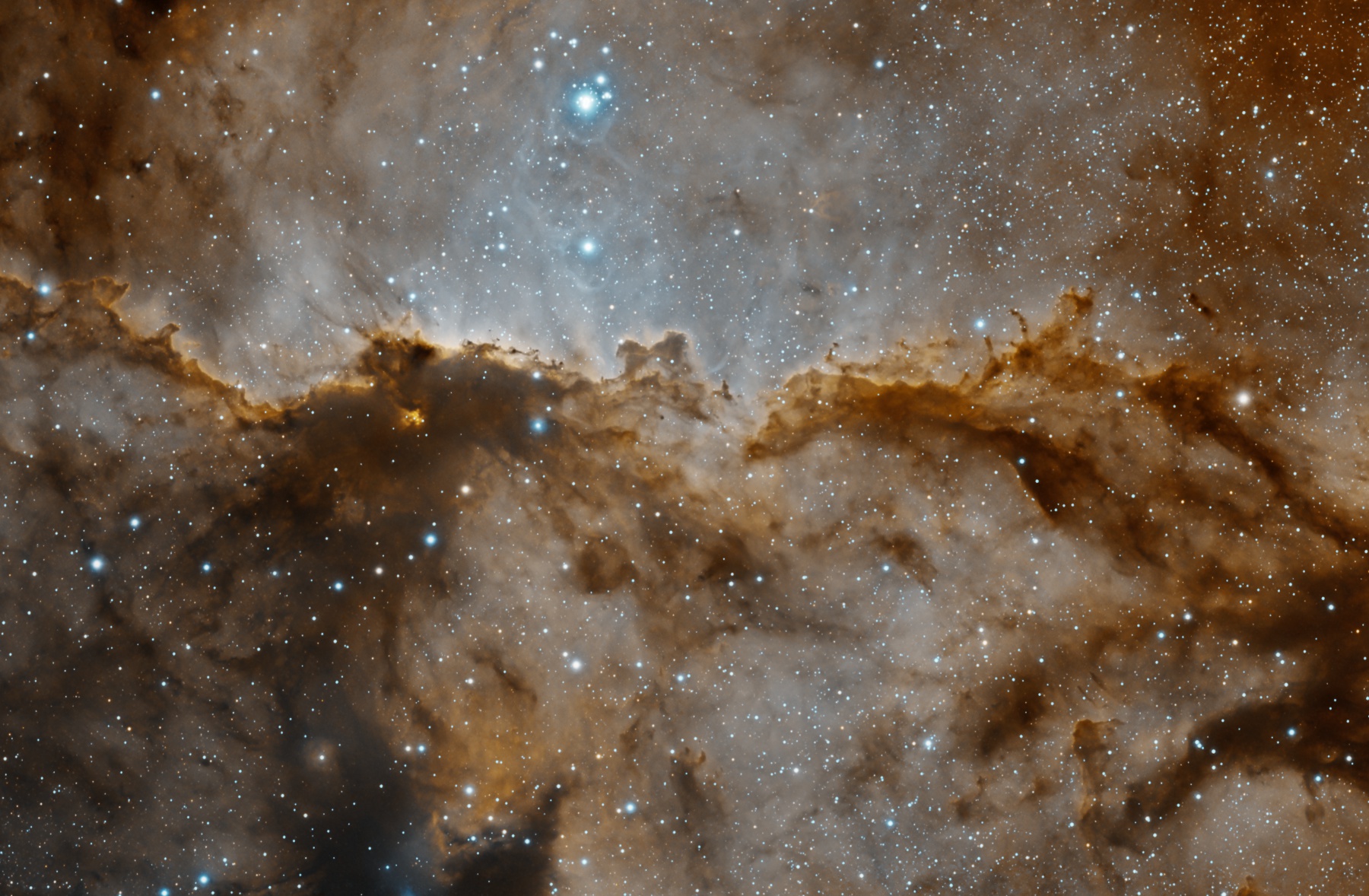 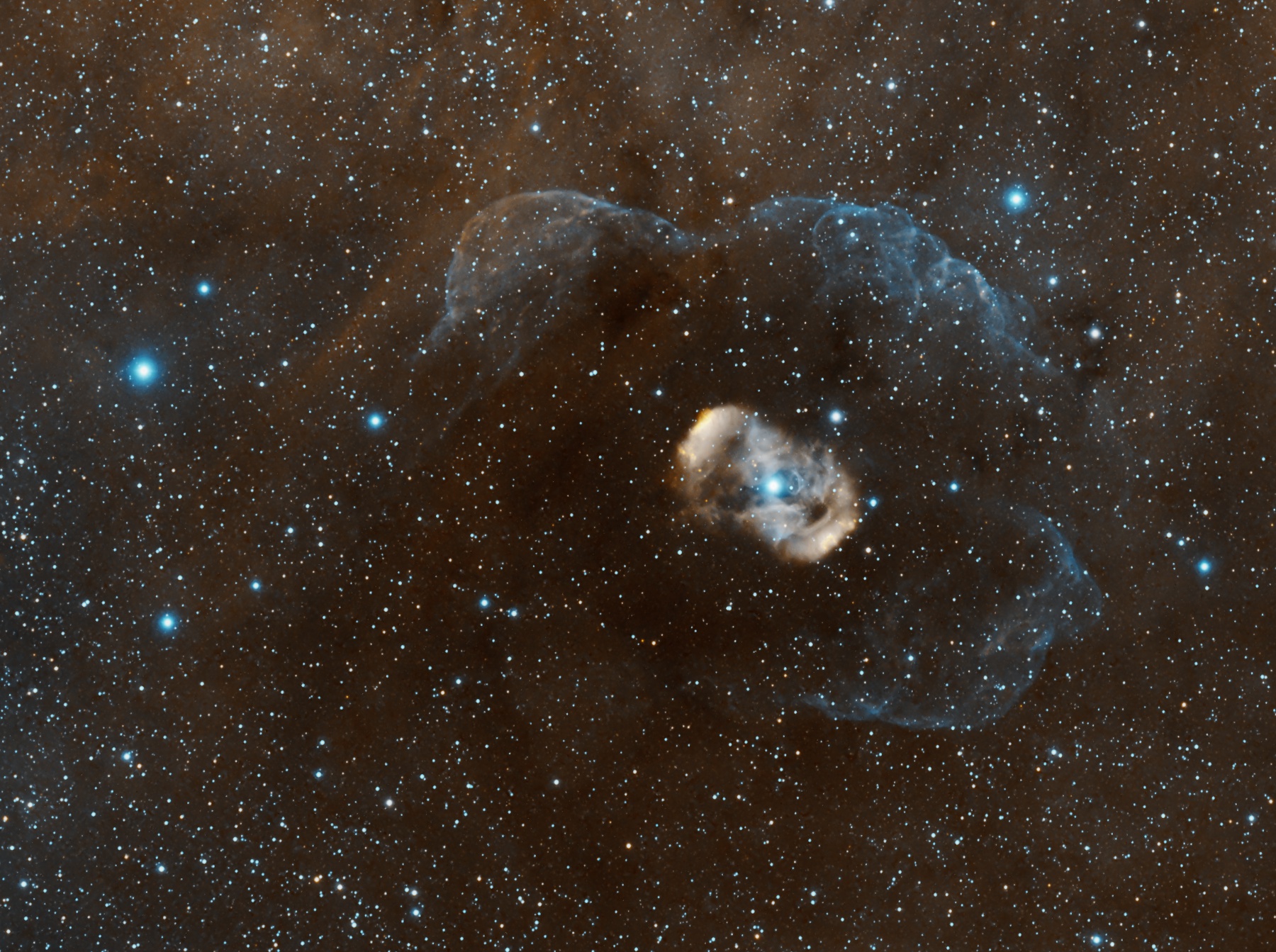